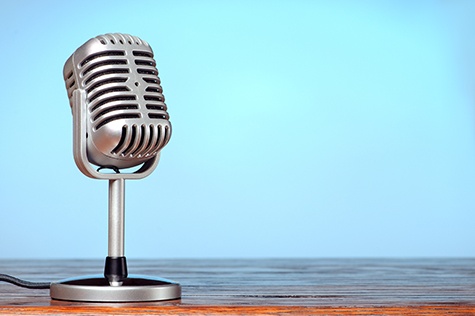 Everybody knows TED. Just like Facebook, Adele, and Star Wars, TED is everywhere. The challenge is finding the good stuff, the diamonds that are buried among thousands of uploaded videos. We’re going to help you out with that. If you’re an architect, you absolutely have to watch these three TED Talks. They’re guaranteed to inspire you to see your work – and possibly your whole career – in a different way.

At first glance, those two words seem to be mutually exclusive. But architect Bjarke Ingels has a simple yet profound message: It doesn’t have to hurt to do good. He’s committed to the belief that a sustainable life can be more enjoyable and more fun than a typical life. From apartment complexes that invite the public to gather in common spaces, to a city hall that encourages participation from citizens, to a ski slope built on top of a waste processing plant, his designs are built around a theme of generosity and inclusion rather than sacrifice, of plenty rather than scarcity. It’s an inspirational way of looking at the increasingly popular sustainability movement.

2. Brilliant Designs to Fit More People in Every City

Architect Kent Larson is applying his vision to cities. Already, more than half of the world’s population lives in cities, and many of those who don’t live in cities would like to. Larson is on a mission to design cities that can accommodate more people without feeling congested and overcrowded. One of his models is Paris – built on a network of small villages that include homes, shops, offices, services, etc. In other words, anything a resident would need within a radius of just a few miles. He accomplishes that through things like “mobility parkways” that are designed for bike and foot traffic, shared usage of bikes and vehicles, foldable cars to reduce the need for parking space, and robotic walls that give homes functional space that are twice that of the actual square footage by making it possible to, for instance, create a spare bedroom when it’s needed by moving walls from other areas. Like Ingels, Larson doesn’t see this condensed living as a sacrifice. His designs include quality of life factors, like a set of mirrors that can redirect areas of sunlight and shade to the owner’s personal preferences.

Architect Michael Hansmeyer’s vision was inspired by the merging of the organic with the technological: Taking the principles of cell division and applying the technologies of computerized analytics and 3D printing. After studying cell division – in which one cell becomes two and two become four – it occurred to him that he could mimic that process by folding paper. He thought that, with the same materials, he could create hundreds of different designs simply by changing the folds. And that’s where the computers come in. Hansmeyer doesn’t sit in his studio folding paper; he creates algorithms that are then used by computers to create the designs according to specified standards. And, while these incredibly intricate designs would be impossible to draw by hand, computers can use 3D printing – or, more appropriately, additive printing – to produce thousands of layers of thinly stocked slices. The results are almost beyond comprehension – which was Hansmeyer’s purpose all along. He wants to persuade architects to completely abandon any mental constraints they picked up during school or work and to imagine the limitless ideas that technology can turn into reality.

When it comes to TED Talks, these are among the gems. They’ll change the way you look at architecture and, hopefully, the way you do your job.