5 Must Have Factors In Your Roof Load Calculations 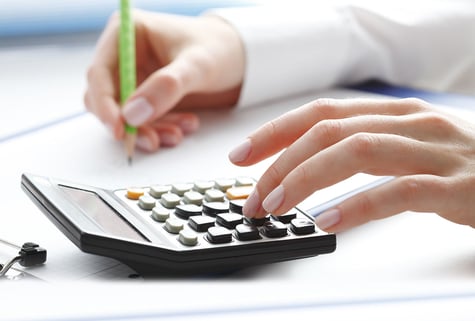 One of the most critical aspects of engineering a roof design is calculating weight loads. Mistakes can cause catastrophic overloads of pipe supports, employee injuries, or even worse, death. Every roof is different, so there is no magic formula that guarantees the right answer in every situation. But there are common factors that should be considered when calculating roof loads. Here are a few of the most important considerations:

All buildings must be constructed so that the beams, walls, and anything else structural are up to bearing the weight of the roof and anything on it. However, since building owners like to keep costs down, it’s often a balancing act, with both parties trying to find the “sweet spot.” That sometimes leads to rather narrow margins of error, so it’s important to do your calculations correctly. Errors could lead to a catastrophic roof collapse.

The total load is made up of dead load and live load. Dead load is the weight of the roof itself as well as any permanently attached structures, like rooftop equipment, pipe supports, or walkways. This is also where you need to factor in slope correction. Most basic load calculations assume a flat roof. If the roof – or any part of the roof – will be sloped, that changes the dynamics, putting more weight on some areas than on others.

Live load is the weight of any temporary loads, like maintenance workers and any tools or supplies, they bring to the roof with them. One of the most important live load considerations is snow load. Not only do calculations have to include anticipated snowfall, they also have to accommodate for things like the composition of the snow itself as well as wind speeds. Wind speeds affect drift, which, in turn, effects load distribution.

Other factors like roof slope, thermal losses, ice damming, lateral pressures, and the potential for snow to fall from upper levels to lower levels must also be included in load calculations. And then there’s the snow that builds up on equipment and pipe supports. Moreover, snowfall and melting intervals are important, too. If temperatures are low enough to prevent melting between subsequent snowfalls, load calculations have to include the total seasonal snowfall, not just snowfall per episode. It all can add up quickly!

Uplift load is caused by wind hitting the building’s walls and then angling upward. Most of the time, uplift load is countered by the weight of the roof’s dead load, but in areas prone to strong storms and greater wind speeds mean that the uplift load is increased, too, and that has to be included in any load calculations.

As with many things, load-bearing potential has to be balanced with cost. Building codes provide the minimum load-bearing threshold, but some owners may want a roof that surpasses those minimums. And that usually comes down to a combination of the purpose of the building and the owner’s tolerance for risk. For example, owners might be willing to tolerate more risk on a storage facility than on a building that houses business-critical functions. And owners in hurricane- and tornado-prone areas who have previously experienced significant building damage may also want to design beyond the minimum requirements.

5. Future Plans For the Roof

Plans may change as a business grows, so it’s important to ask building owners about their future plans. Things, like adding more rooftop equipment or pipe supports, allowing increased employee access to the roof, or installing green/living rooftops, can add to the weight load. That’s why some owners choose to allow themselves a cushion to make sure the roof can accommodate potential demands down the road. Even something as common as a roof replacement project can add enough weight to disrupt your load calculations.

On one hand, calculating roof load is just basic physics. However, even the most ironclad calculations won’t work unless all necessary factors are included in the formula. And that’s where the “art” comes in: engineers have to ask the right questions, and that means being able to anticipate all possible factors that could affect the roof and its load distribution. Always start with your area’s building codes since you know that, at the very least, you have to meet those minimum specifications. Beyond that, it’s up to the engineer and the building owner to come up with the formula that’s right for that particular building.