The 5 Most Commonly Violated OSHA Regulations 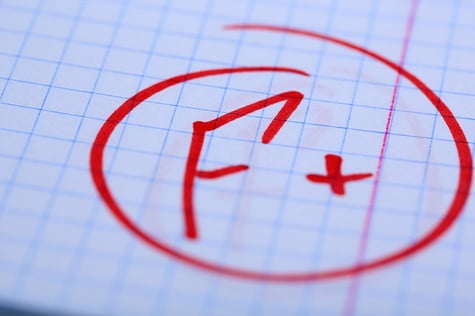 If you look at photographs taken during the construction of the Empire State Building, it’s obvious that worker safety has come a long way since the 1930s. Back then, it was commonplace for workers to dangle off the side of tall buildings without harnesses, and there were few, if any, hardhats to be seen on construction sites.

Today, OSHA regulations do a lot to protect the safety of construction workers. Still, violations occur – sometimes due to lack of awareness, and sometimes due to intentional circumvention of regulations. Whatever the cause, the list of the most common violations in commercial construction changes little from year to year. Here are the usual suspects that almost always earn a place on this Most Wanted list:

Damaged or insufficient scaffolding can collapse, injuring workers. OSHA regulations vary somewhat based on the type of scaffolding (general, supported, etc.), but all construction scaffolding must be capable of bearing four times its intended load. There are also specifications for how wide scaffolding must be, how far from the work surface, how far from power lines, etc. One of the most common scaffolding violations is a lack of sufficient planking. OSHA also requires that employers install toeboards, screens, or guardrails to further reduce the risk of falls and debris nets or canopies to protect workers from falling objects.

Falls are the leading cause of fatalities in the construction industry, often due to failure to meet OSHA fall protection requirements. In addition to insufficient scaffolding and the lack or misuse of fall protection gear, common violations include unprotected sides or wall openings, unprotected floor holes, unguarded protruding rebar, and the misuse of ladders. To avoid getting cited for violations, job sites should use guardrails, safety nets, and fall arrest systems any time workers are operating at a height of four feet or more. In addition, floor holes should be covered immediately with materials that will support two times the weight of employees, equipment, and materials.

Construction work carries an inherent risk of electrocution, both because of working in close proximity to power lines and the use of powered industrial equipment. Cords, cord connectors, receptacles, etc., used on construction sites suffer a lot of wear and tear and must therefore be properly grounded to minimize the risk of electrocution presented by insulation breaks, short-circuits, or exposed wires. Common violations include equipment with frayed cords, missing ground prongs, or cracked tool casings. Other hazards include insufficient or damaged insulation, mislabeled circuitry components, and accidental startups.

Digging a trench for electrical or pipe routing might not seem like a big deal, but the fatality rate for excavation work is 112% that of general construction work. It doesn’t even take a complete collapse to cause death or serious injury; even a small amount of dirt can be heavy enough to cause suffocation. OSHA regulations stipulate both the sloping of the sides and shoring requirements. In addition, employers must provide workers with an escape route in the event of a collapse. Some OSHA inspectors have cited companies for failing to properly secure a trench even when the needed equipment was available.

Regulations regarding respiratory protection are often either unrecognized or ignored. Complicating matters further, the threshold for toxic fumes, gasses, and vapors is often lower than many contractors and business owners realize. And some use the wrong type of equipment for the wrong hazard, putting workers in danger even when they think they’re protecting them.

Thanks to OSHA, the construction industry has made huge advances in protecting workers. OSHA regulations aren’t there to inconvenience business owners or to cause unnecessary expenses; they’re in place to protect workers. Eliminate violations at your worksite my making sure you understand and comply with all applicable regulations.